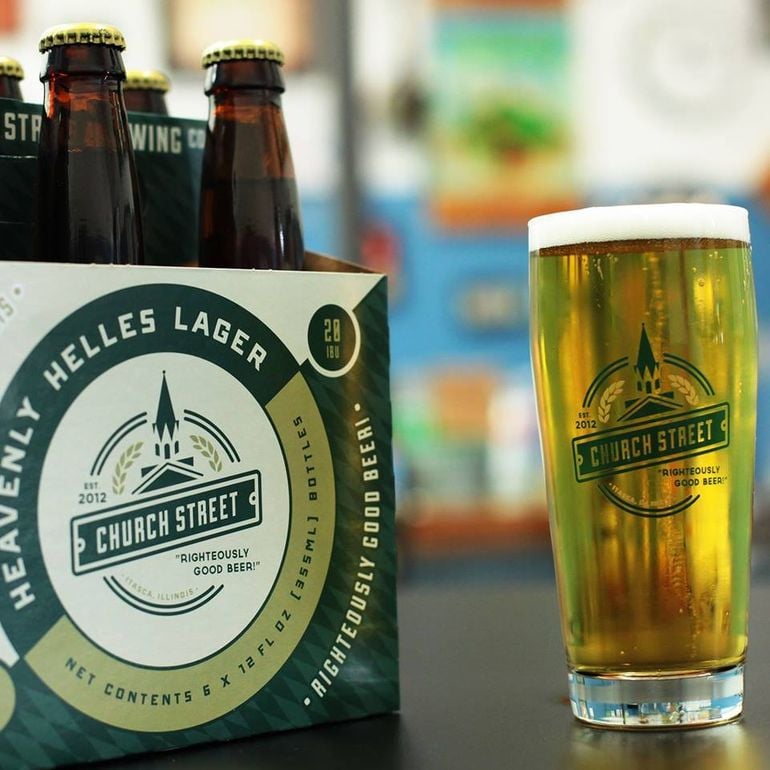 Chicago's Church Street Brewing Co. has signed a deal with Velour Imports to take its brews outside of the U.S., specifically to the Caribbean. The deal highlights a growing wave of small brewers taking their beers overseas, and an alternate path to the typical mode of expansion for the small American brewer. For all the details, see the release below:

Itasca, IL — As the Church Street Brewing Company continues to grow in the Midwest – to include a few other states such as Missouri, Iowa and Florida – co-founder, Lisa Gregor, has decided it’s time to share Church Street’s passion and love of craft beer beyond the U.S. borders.

According to the Brewers Association, an American trade group based in Boulder/CO representing small and independent craft breweries, “…craft beer export volume abroad increased by 16.3 percent in 2015, now totaling 446,151 barrels and worth $116 million.”  Per the Beverage Master magazine, the international market is increasing by leaps and bounds.”

Lisa is no stranger to the world beyond the U.S. borders.  She’s studied, lived and worked abroad – and, is fluent in Spanish. She loves to travel and learn from other cultures.  Her husband, co-founder Joe Gregor, has been traveling the world as a chemical engineer for the last 30 years; in fact, he has honed his love, taste and passion for craft beers by trying various locally brewed lagers and ales in other countries.  Now, they want to share their own concocted craft beer flavors with others across the world.

The Church Street Brewing Company (www.churchstreetbrew.com) was founded over 5 years ago and was just recently awarded the “Best of the Best” craft brewery in the Chicago area by the Daily Herald’s ‘2017 Readers Choice’ event. Over the years, Church Street has been fortunate to receive many other awards from well-known and -regarded establishments such as the Chicago Magazine, Tastings.com, Midwest Brewers Fest, and the Altech Craft Brews and Food Fest (http://www.churchstreetbrew.com/home/awards/).

To navigate these often-challenging waters, Lisa decided to work with Velour Imports based in Houston, Texas (www.velourimports.org). She was impressed with its CEO, Brooke Sinclair, and believes their service of exporting craft beers will make her life easier! Velour Imports makes it easy by facilitating the acquisition of licenses and certifications, and handling operations and logistics such as shipping coordination, exportation, and U.S. customs clearance. Velour Imports also supports marketing and branding and develops contacts with sales agents, brokers and distributors in each country. Church Street will start exporting to luxury hotels and resorts, as well as other local establishments, in the Cayman Islands, Trinidad and Panama.